Sight For All’s team is made up of a passionate Board of Directors, tireless volunteers, dedicated staff, generous Visionaries and an amazing events team.

Board Directors with an unwavering focus on eye health.

To find out more about our incredible team of leaders, click on the profiles below. 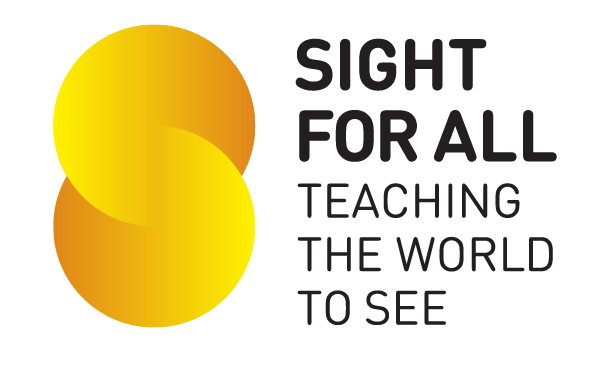 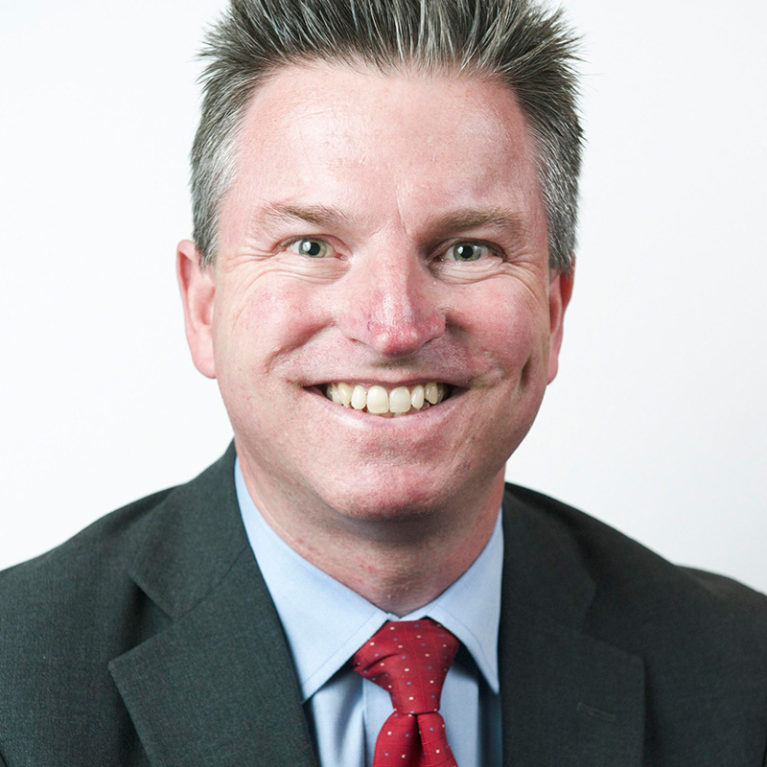 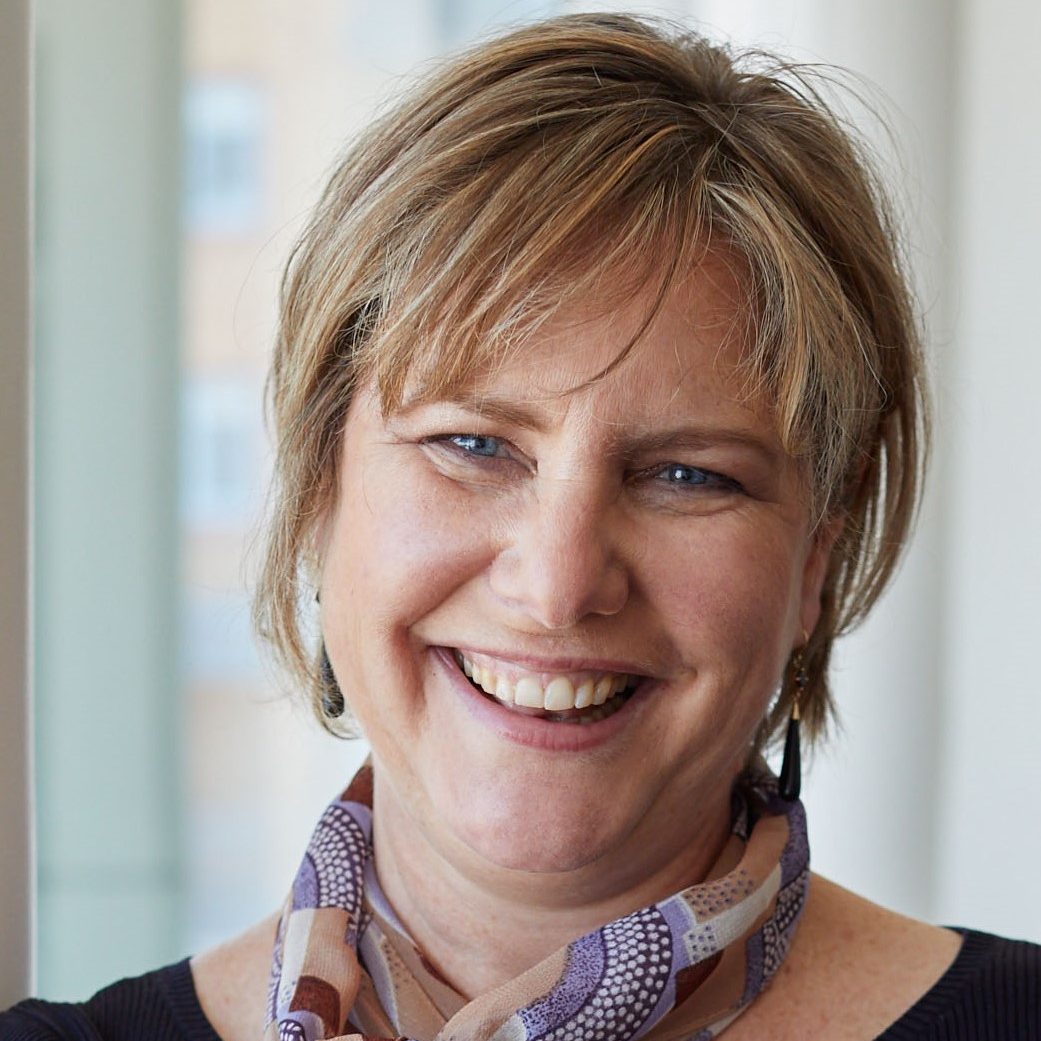 Kylie is an optometrist and healthcare manager located in Melbourne, with a broad administrative skillset across numerous fields of specialist medicine. She is the Business Development Director for short stay hospital group, Nexus Hospitals.
Kylie is a Graduate of the Institute of Company Directors, and has served on the boards of not for profit organisations Optometry Australia and Optometry Victoria, focused on leading and promoting optometrists, optometry and eye health. 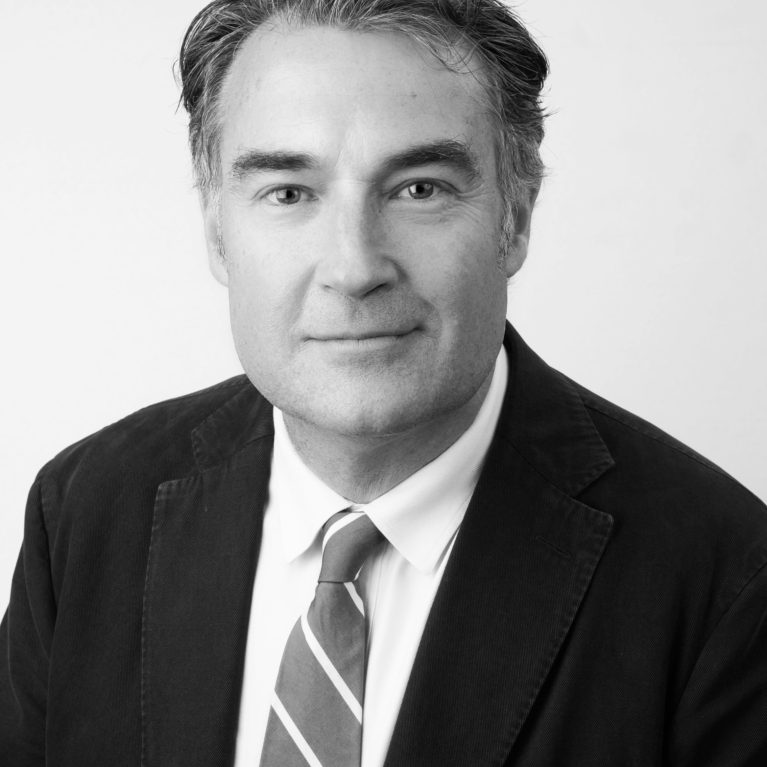 James is an eye surgeon based in Adelaide. He is a visiting consultant and senior lecturer at the Royal Adelaide Hospital and Women’s and Children’s Hospital. James has a special interest in blindness prevention, ophthalmic research and education in the developing world. James was a co-founder and Director of the Vision Myanmar Program.

He received an ‘Outstanding Service in Prevention of Blindness Award’ by the Asia-Pacific Academy of Ophthalmology in 2011. He was awarded a Member of the Order of Australia in 2012 and received a South Australian Community Achievement Award. In 2015 James was the recipient of the Ernst Young Social Entrepreneur of the Year Award. James delivered the Hollows Lecture at the 2016 RANZCO Congress. 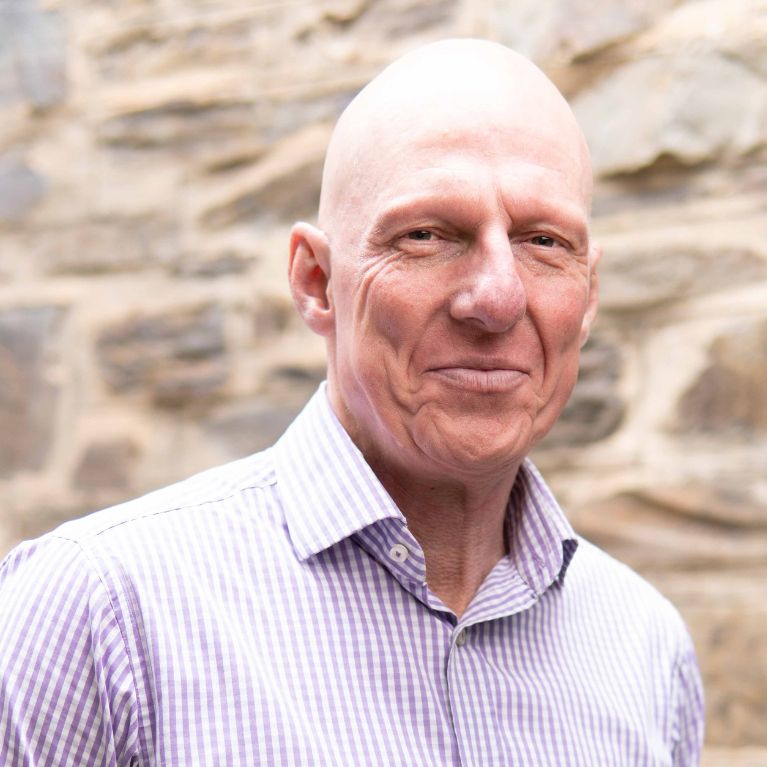 Jarrod Deakin has a financial services career that spans three decades. He has spent several years as a portfolio manager, chief operating officer, corporate treasurer, investment banker and institutional global equities and fixed income salesperson, holding senior positions within global investment banks including Citgroup, Credit Suisse and HSBC. He has been based in the major world financial centres including New York, Boston, Hong Kong and Sydney. 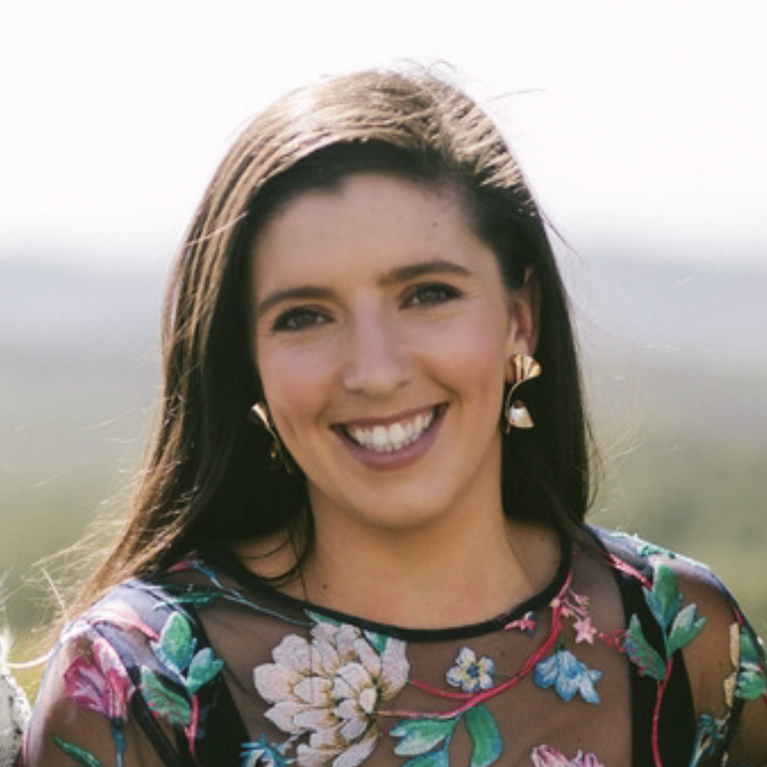 Eleanor Rogers is a marketing specialist with a keen interest in strategy, business and digital marketing. Working in both agencies and leading in-house marketing teams, Eleanor has a range of experience across various industries.

Having completed an internship with Sight For All back in its infant stages, Eleanor is thrilled to have come full circle and be able to offer her experiences and knowledge to the organisation. 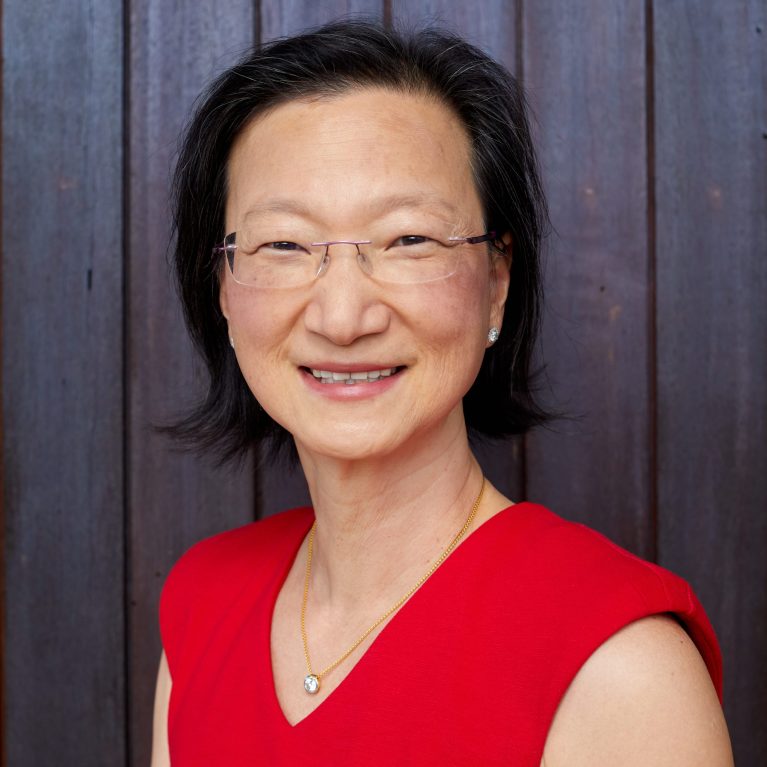 Ridia is an ophthalmologist and glaucoma surgeon from Sydney. She is head of the Glaucoma Unit at Sydney Eye Hospital, senior lecturer at the University of Sydney and Vice Chair of the Australian and New Zealand Glaucoma Society. She is a director at Hunter Street Eye Specialists in Parramatta, Sydney.
She has been a Sight For All Visionary since 2013 and has visited Laos, Cambodia and Vietnam as part of Sight For All “in country” glaucoma fellowship programme. She commenced her Board Director role in 2022. 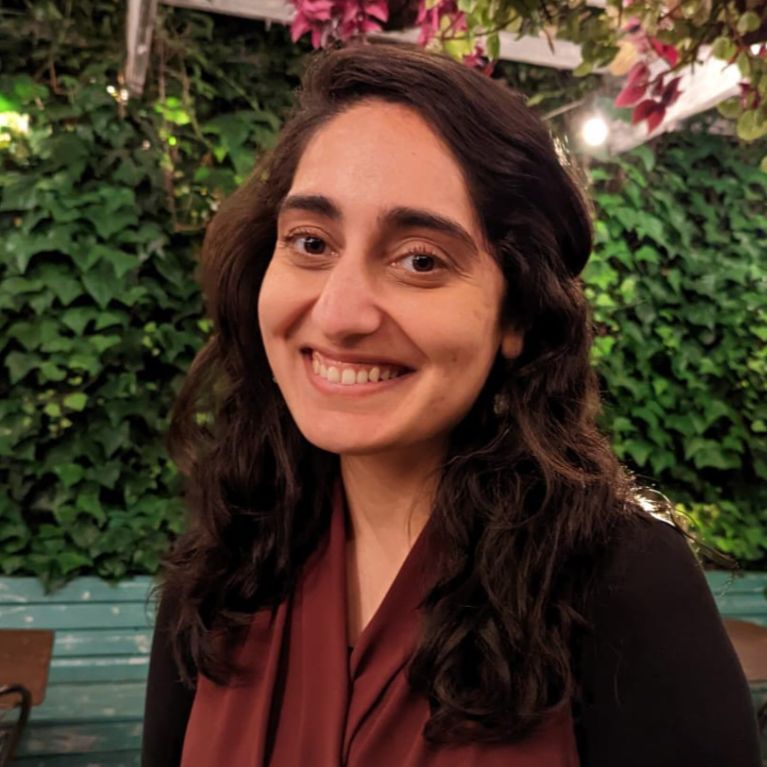 Rukaiya is a Victorian Ophthalmology Trainee commencing in 2023, having graduated with MBBS from James Cook University in 2016. Rukaiya enjoys creatively raising awareness of the impact of vision impairment, through her social enterprise Sight Ceramics, and advocating for underserved communities. Rukaiya was motivated to pursue Ophthalmology after witnessing the impact of ocular trauma in developing countries and volunteering at The Cape York Regional Eye Health Program. She has completed a Masters of International Public Health at the University of Sydney in 2020 to enhance her practical global public health skills. Rukaiya aims to pursue a career in restoring vision and treating preventable blindness.

We have a small but dedicated team. Through their persistence, positivity and dedication, this small but mighty team, consistently work at 150%.

To find out more about our wonderful team, click on the profiles below. 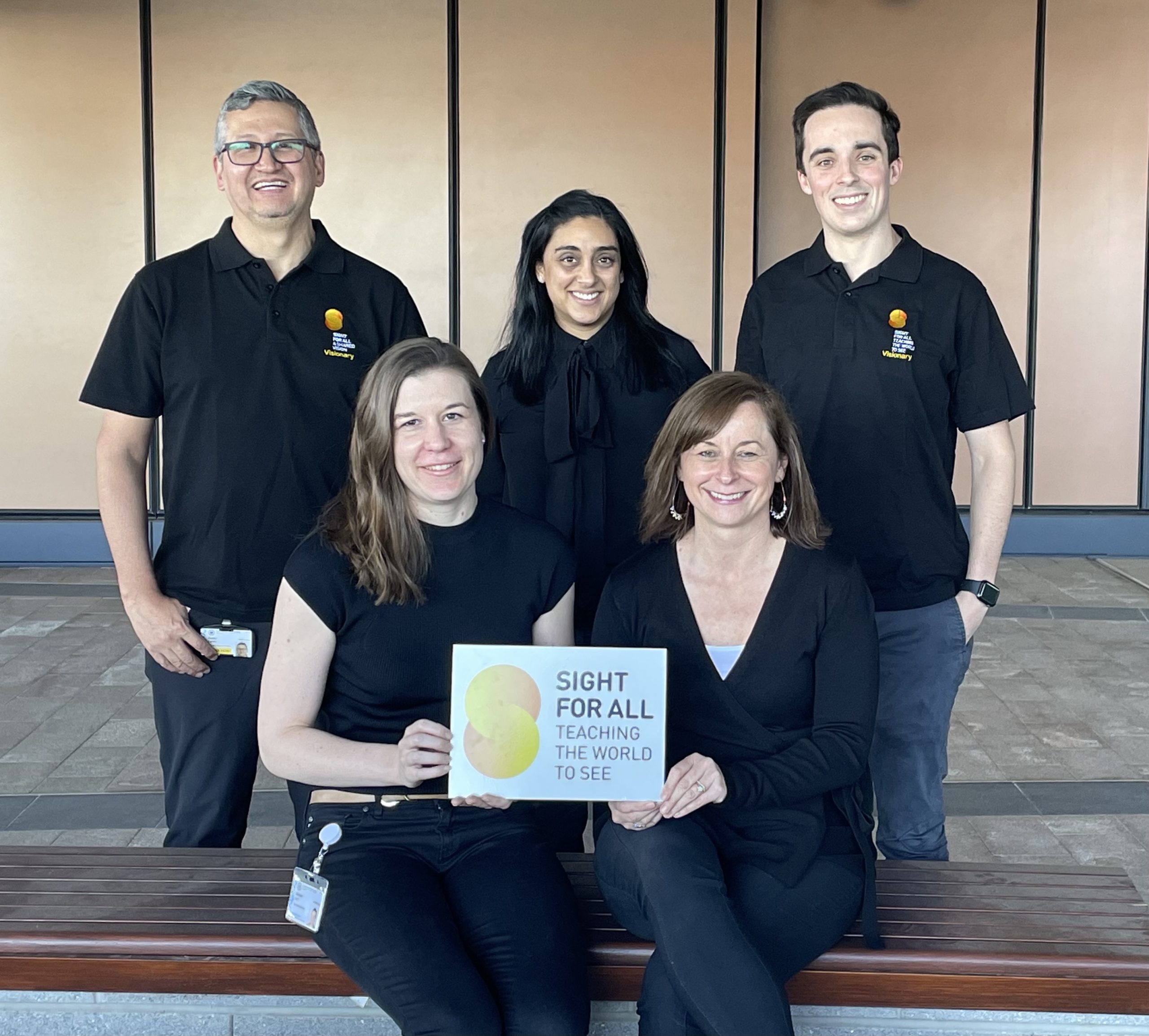 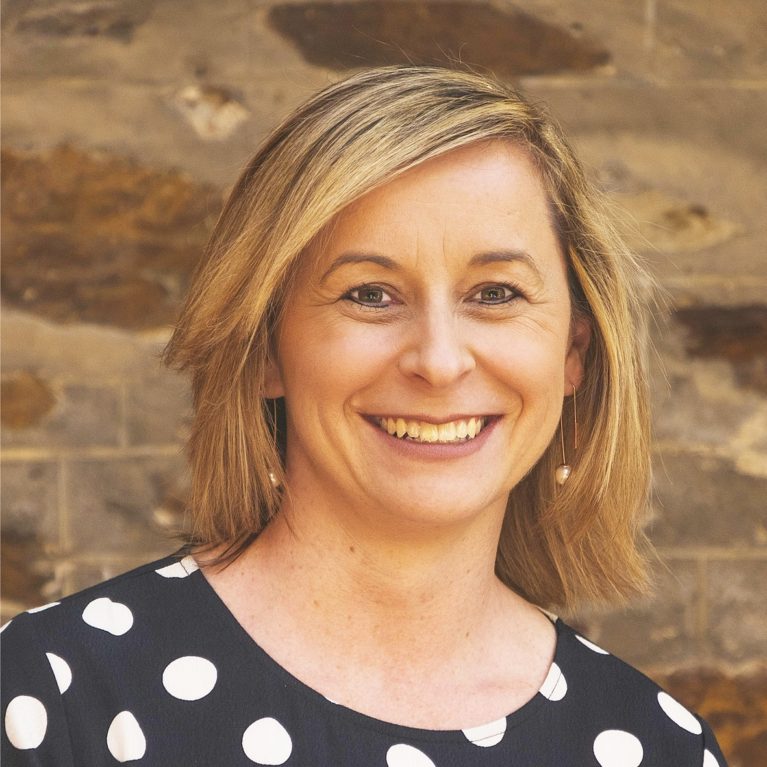 Judy Hatswell joined Sight For All in January 2014 as the organisation’s first Executive Officer.
Judy has held senior management roles that have included strategic planning, project management, governance, human resources and communications. Judy has a Bachelor of Social Science, Human Services and a Graduate Diploma of Health Counselling from the University of South Australia.
She was a member of the ACFID Code of Conduct Committee 2017-2018 and a member of the Gleeson College Board from 2017 – 2021, including as Chairperson for 2-years. She was awarded a King and Amy O’Malley Scholarship for her post graduate study and in 2022 received a Royal Order of Monisaraphon – Knight Officer for contribution to the eye health sector in Cambodia.
In her spare time, Judy is training to become a Marriage Celebrant. 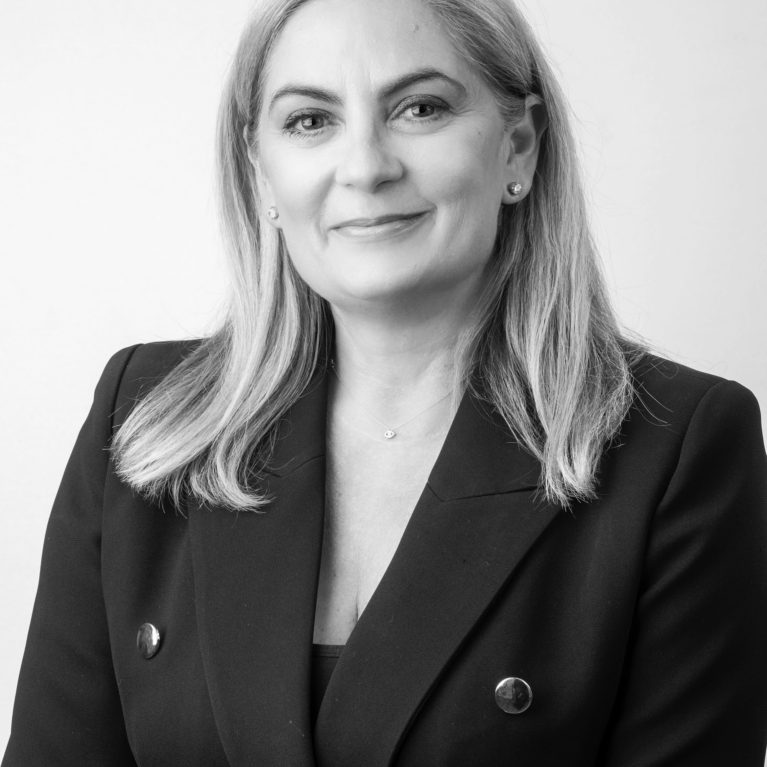 Since graduating from the University of South Australia, Mena Muecke has spent 20 years practicing as an interior architect in Australia and for a short time in Israel. Mena refocused her energies in 2009 to join her husband Dr James Muecke in championing blindness prevention in Australia and the developing world with Sight For All. In her voluntary role as Events Director, Mena has created several iconic and unique events including Sculpture For Sight, Posters For Sight, Films For Sight and The Very Slow Long Lunch. In the six years since commencing this new role, Mena has helped raised more than $1 million for much-needed ophthalmic training and equipment. Mena also plays a vital role in the marketing and publicity of Sight For All and is a co-founder of the Vision 1000 social impact initiative. Mena was awarded an OAM in 2019 for services to the community through charitable initiatives. 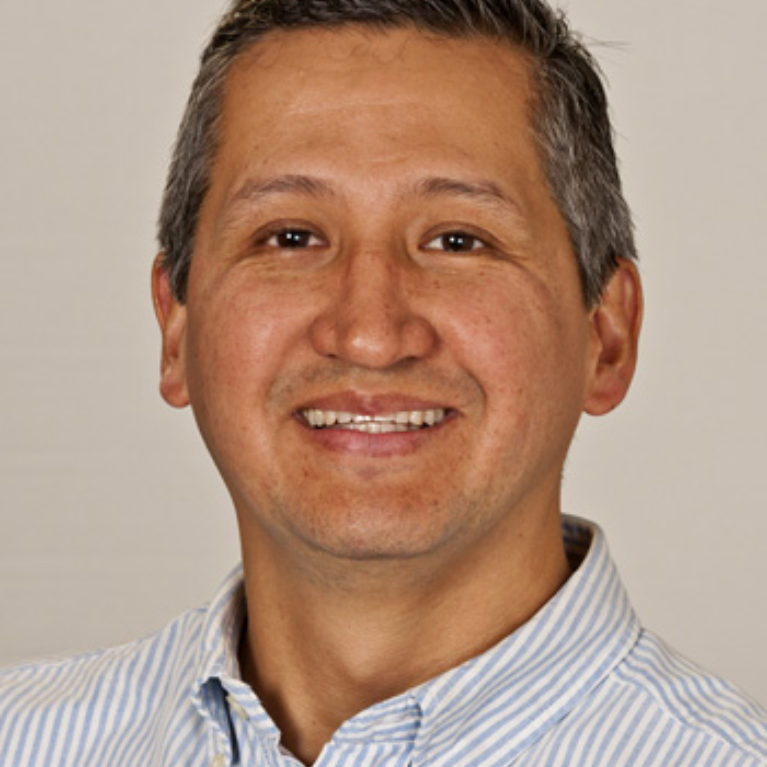 Cesar Carrillo graduated from Colombian School of Medicine in 1996 and completed ophthalmology speciality training in 2005. After working as a comprehensive ophthalmologist in Bogota, he moved to Adelaide to undertake a Masters of Health and International Development. During the Masters he focused his studies on Australian Aboriginal eye health and Public Health Ophthalmology in developing countries. Cesar has special interests in ophthalmology education, international development and Aboriginal eye health. He joined Sight For All in 2014, as the organisation’s first Ophthalmic Public Health Fellow. 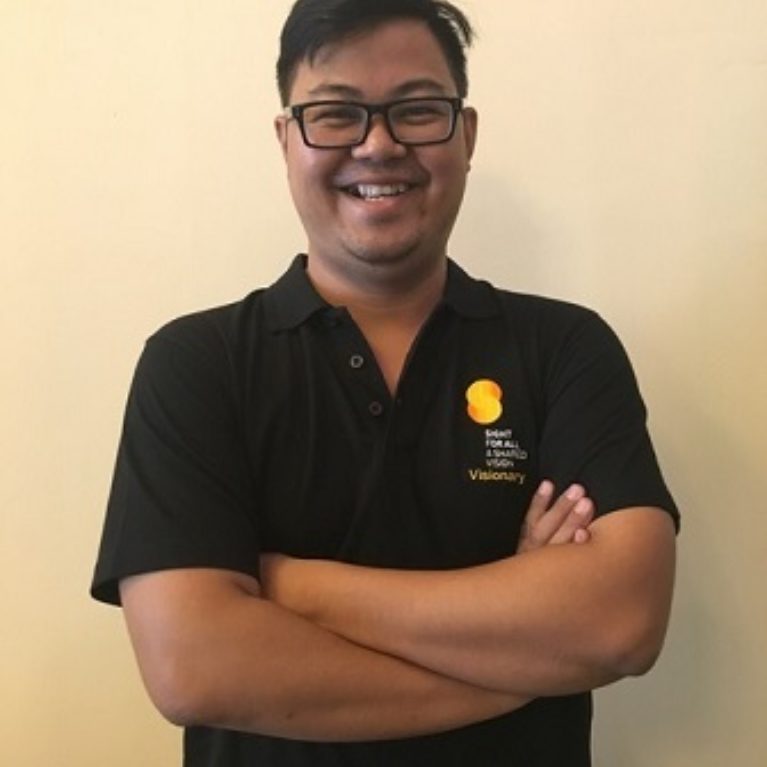 Dr Ye Win joined the Sight For All team in September 2017 as Project Officer (Myanmar). Ye has worked in public health field for 8 years in Myanmar. He is working closely with Yangon Eye Hospital and Myanmar Ministry of Health and Sports to ensure Sight For All Project activities are successful. He is also a member of Myanmar Medical Association. 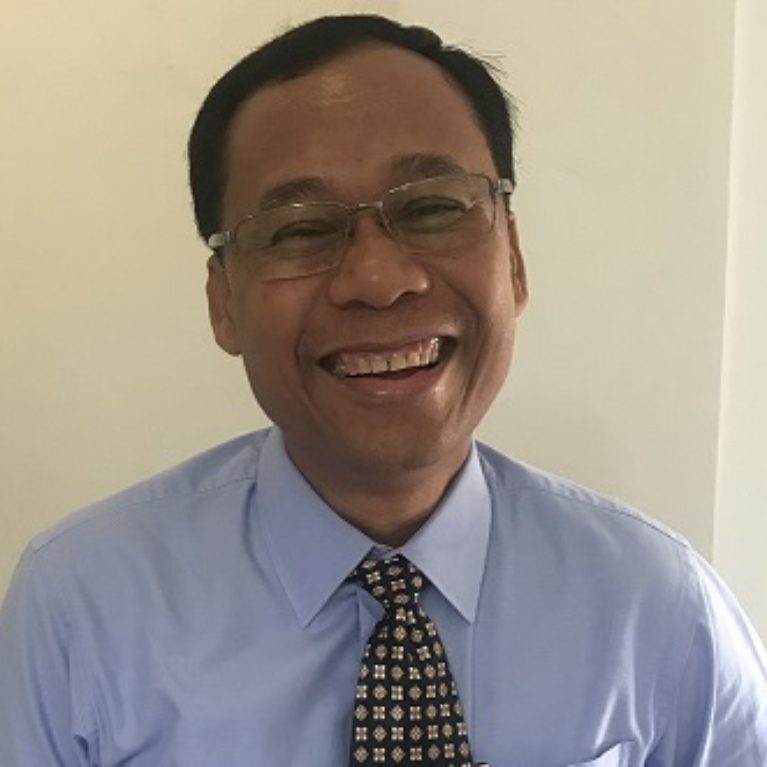 Mr. Sith Sam Ath  (Sam Ath) holds a Bachelor in Anthropology, Khmer Arts Literature with post-graduate training in public health and Certification of Leadership Development. He has over 25 years’ experience in development programming, strategy and research, management and leadership, and social research methodology training; primarily in Cambodia and Lao PDR. Sam Ath joined Sight For All in November 2018 as the first Country Officer for Cambodia. Prior to this, Sam Ath held positions including Senior Program Coordinator on eye health in Lao PDR and Country Manager for the Fred Hollows Foundation in Cambodia, a role he held for 16 years. In recognition of his work, Sam Ath has received a Development Medal from the Prime Minister and King of the Royal Government of Cambodia. 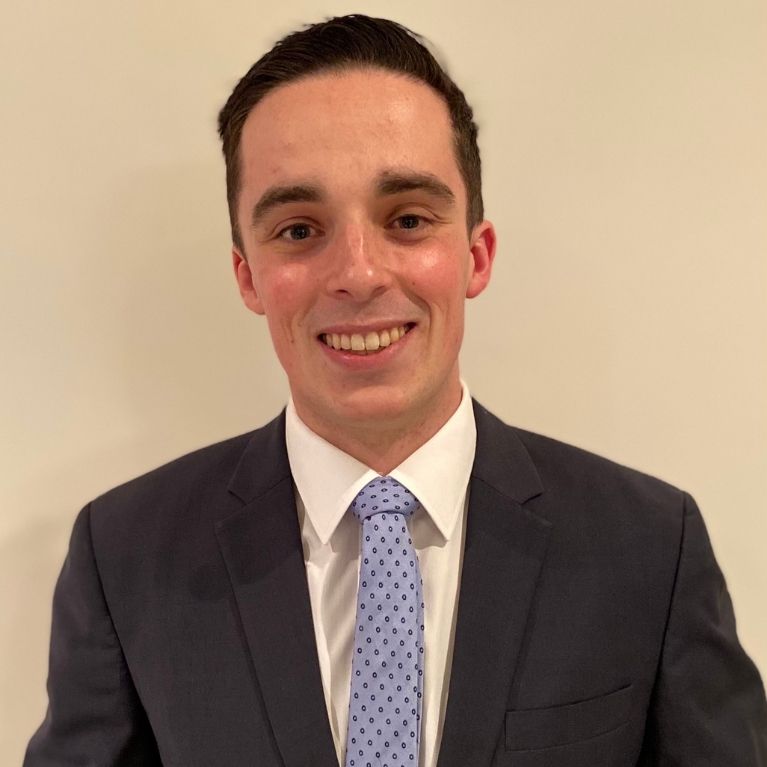 After spending his early childhood in Blantyre, Malawi, Dr Tom Rogerson went on to complete his high schooling at Melbourne Grammar School before studying Medicine at the University of Adelaide, completing this course in 2018. His lived experiences in the third world imparted a deep passion for international public health which he continues to pursue with us at Sight For All, where he is working on research into causes of childhood blindness with a focus on our work in Cambodia. It is our hope that this work will provide fresh insights into the proportionate contributions of different diseases to allow for Sight For All and our partner countries to chart our progress and plan future evidence-based programmes in these regions.

Away from Sight For All, Tom is currently working as an Ophthalmology Resident at the Royal Adelaide Hospital and is an avid long distance runner. Neeta Bhise joined the Sight For All team as Marketing Manager in June 2019, bringing more than 17 years of experience in marketing and advertising. Having worked in Adelaide and London, she has spent the majority of her career on the agency side of marketing, with a focus on creative campaign management incorporating brand management and strategic planning across online and offline channels.

Neeta holds a double degree from the University of South Australia (BA Management – Marketing and BA Arts- International Studies) as well as accreditations from the Association for Data-driven Marketing and Advertising (ADMA) and Australian Marketing Institute (AMI). She has worked across a range of industries including tourism, science & research, retail and manufacturing as well as the not-for-profit sector. Neeta is looking forward to using her experience to help fight blindness both in Australia and overseas, by increasing awareness of Sight For All’s projects and engagement donors Australia-wide. 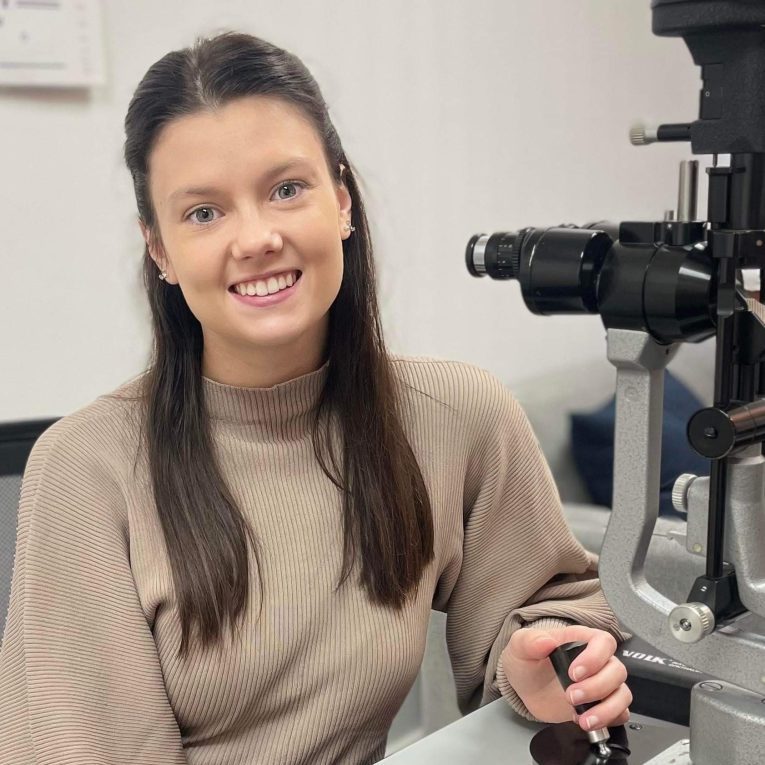 Dominique Birbeck graduated with a Bachelor of Medical Science (Vision Science)/Master of Optometry from Flinders University in 2019, with the Paediatric Clinical Optometry Award.
She is currently completing a Graduate Certificate in Public Health through Flinders University.

Since graduating Dominique has worked across many different sectors, including clinical, research and academia. She is passionate about eye care and educating her patients and community in how they can better look after their eyes. 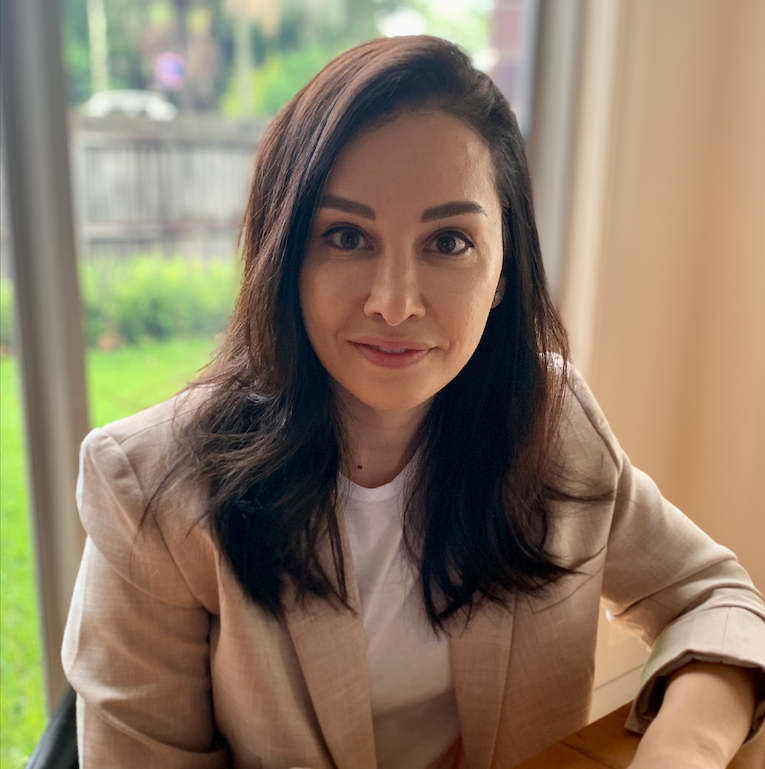 Lilly Psomadelis is our Sydney based Eye Health Educator. Lilly graduated from her Bachelor of Optometry at The University of New South Wales in 2002, with the Neville Fulthorpe Prize for Clinical Excellence. In her early career, Lilly enjoyed volunteering in eye care programs with the John Fawcett Foundation in Bali and the University of Thailand.

In a want to give back to her profession and her community, Lilly furthered her education by completing the Myopia Management course through the Brien Holden Institute, and a Certificate in Public Health and Leadership in Eyecare with the Australian College of Optometry. Lilly’s motivation is one of actioning change towards the development of vision services to the under-served. 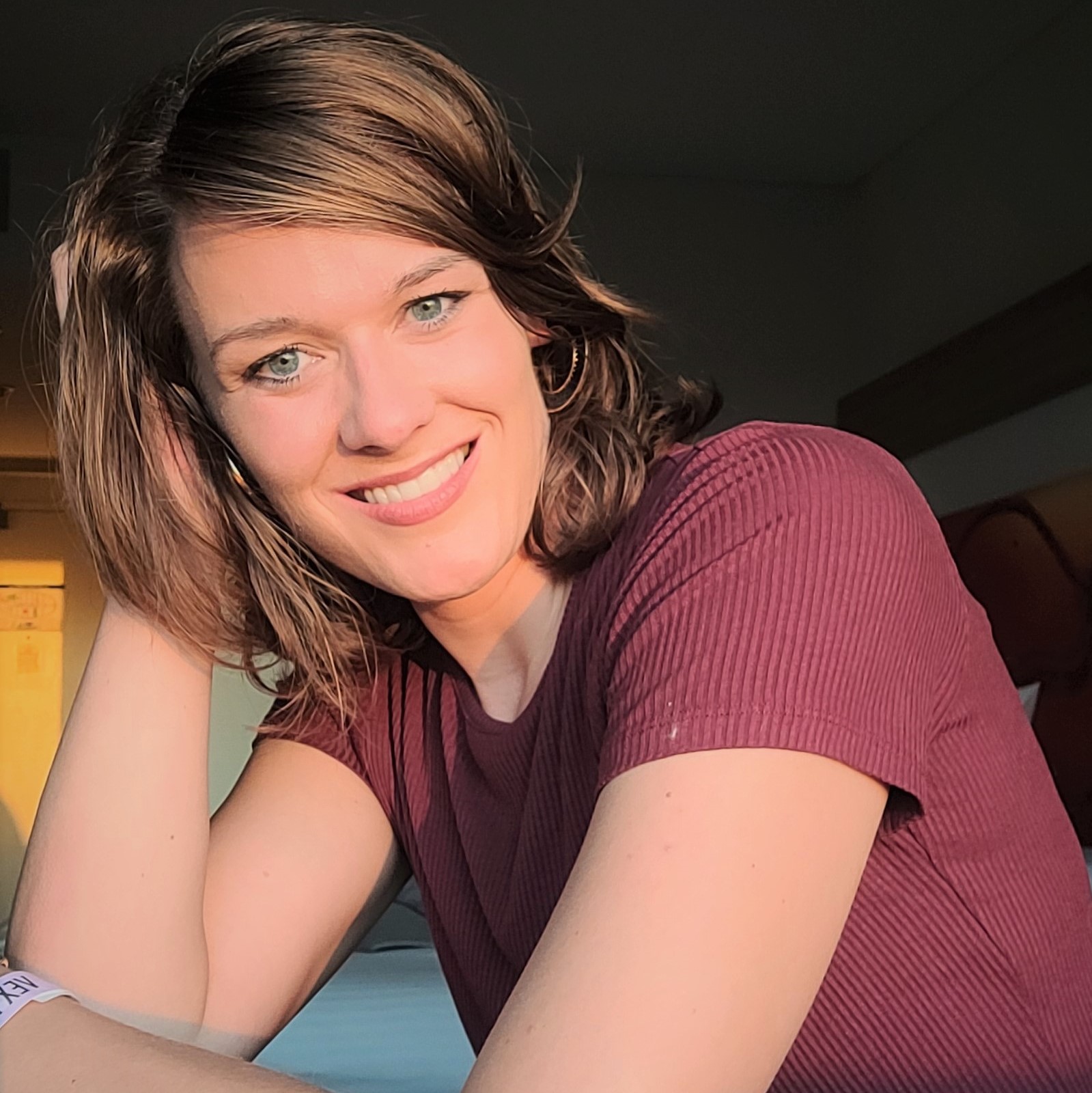 Jessica McGaffin is an Events and Marketing Officer who has partnered with not-for-profits over the past four years. Her experience focuses on brand awareness, brand development and stakeholder engagement/communications. Prior to this, Jess spent nearly a decade in clinical practice management with specialist health providers, developing an understanding of what drives outcomes and change, and creating positive experiences for both clinicians and patients involved.

Jess believes the key is “how well you connect with the heart-beating people in your community. Communicating your organisation’s mission and work back to them.”

Jess has led National scale championship events and PD programs across Australia.
With a passion for people and events Jess is excited to join the Sight For All team.

Whether it is valued membership of a committee, or time spent in the office, non-medical volunteers make a significant contribution.

Sight For All Volunteers provide assistance with activities including:
– Coordinating major events
– IT support
– Office assistance
– Design of promotional material

If you are interested in volunteering with Sight For All, please contact us!
We would love to hear from you. 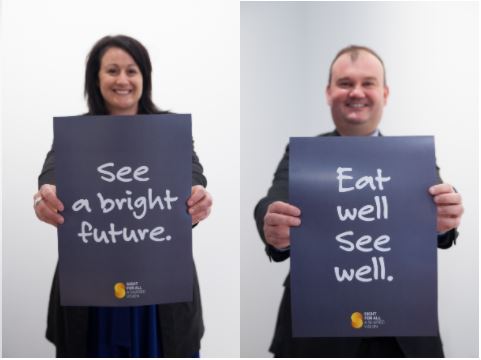 Thank you to all of our Committee members- your valued time and energy to help Sight For All teach the world to see is wonderful! The Sight For All Events Committee is a small specialist team that works to deliver unique, high quality events. The committee aims to raise funds for specific projects whilst also increasing awareness of blindness.

The Sight For All Marketing Committee is a small group of committed professionals, who develop and implement marketing plans to raise awareness and funds for Sight For All.

The Sight For All International Project Management Committee develops and implements program management plans; methods for collecting and recording data; develops strategies for monitoring and evaluation and reviews program needs assessments, final reports and recommendations that have been made.

The Sight For All Operations Committee oversees all programs and activities related to our core organisational strategies.