GIVE LIGHT & GIVE HOPE

This Christmas, will you give hope to those with blinding conditions?

As we edge closer to 2022, we reflect on all that has been achieved in during this extraordinary year. But our mission is far from over.

Celebrate the season of giving by making a donation in the name of your loved one. It’s the gift that needs no wrapping, no box and no ribbon. Give the gift of hope by donating now. 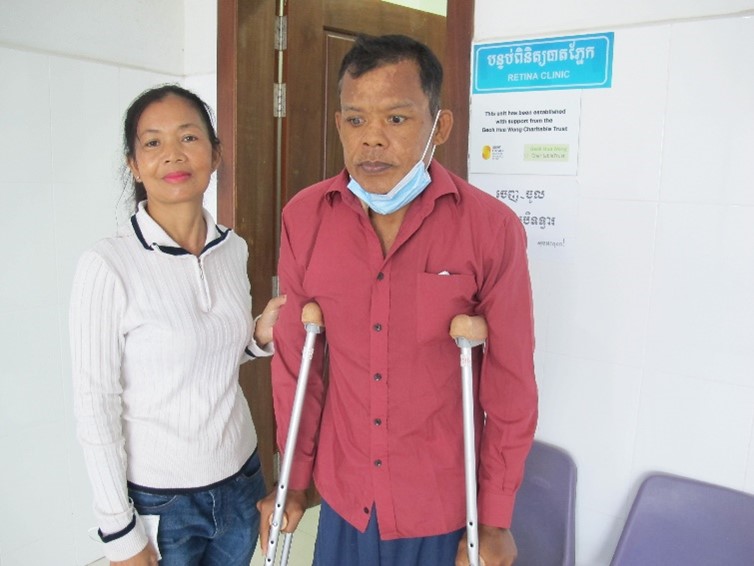 Oum Thea is a 51-year-old male, originally from Kampot province. He and his family moved to Phnom Penh where he has been able to access support for his Diabetes. Oum Thea was diagnosed with Type 2 diabetes three years ago, and due to the delayed diagnosis, his right leg was amputated. However this diabetes also impacted his vision, gradually at first until he was plunged into darkness. He was treated by Dr Long, a Sight For All trained Retinal Fellow, who  is now sharing his knowledge by training a new generation of Fellows in Cambodia as a Sight For All in-country Visionary.
Prior to his surgery, Oum Thea only has a perception of light in his right eye. He was only able to see shadows and movements. From his left eye, he was only able to see a hand movement in front of his face. Since Dr Long performed surgery, Oum Thea has said he feels “very happy that he can see people around him now, including medical nurses and doctors.” But he is most happy to be able to once again see his wife and son, who have supported him though his journey.
Oum Thea comes from a life of poverty, and it is through the Sight For All’s supported  eye units that he is able to access ongoing care for his vision. 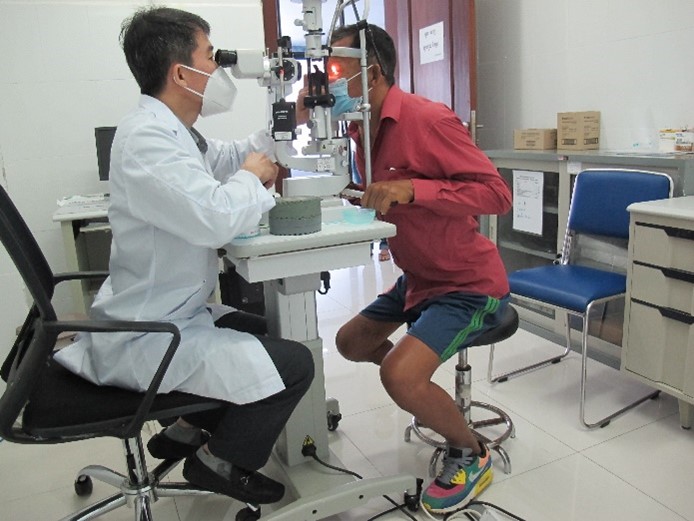 Donate today to give sight and hope
40 million people see like this.